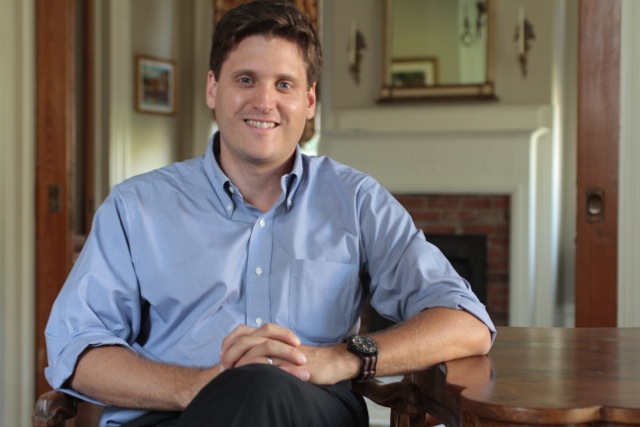 One of the most meaningful relationships I’ve made in my ministry as Pastor of Old Pine Street Presbyterian Church in Philadelphia is with Clifton, a professional musician and consultant who had fallen on hard times. A variety of life events had rendered Clifton broke, divorced and separated from his young son. For the first time in his life, he became homeless.

Day and night he walked the streets of Philadelphia, navigating a daunting network of food kitchens and shelters. He became caught in a trap in which many other people who are homeless find themselves. He needed a job to climb his way out of poverty; but because he was homeless, finding a job was almost impossible.
Clifton discovered that being homeless had deprived him of many things that most people take for granted: a mailing address, use of a computer, access to laundry facilities, and last but not least, healthy, fresh food. Clifton confided that living in shelters was demoralizing, “like being in a prison.”
I recommended to Clifton that he go to Broad Street Ministry to see whether their services could help him. What he found at BSM was healthy, tasty meals served restaurant style by friendly people, a post office service and access to a computer. In his own words, “For a few hours a week, it was a haven of hope for me in the midst of what otherwise felt like total oppression. Broad Street Ministry seemed to be the only place in the City of Brotherly Love where a homeless person could go and be treated humanely.”
You can read Clifton’s memoir of his time living on the streets of Philadelphia in a book he’s writing titled The Broken Looking Glass: An American Adventure being published this Spring.